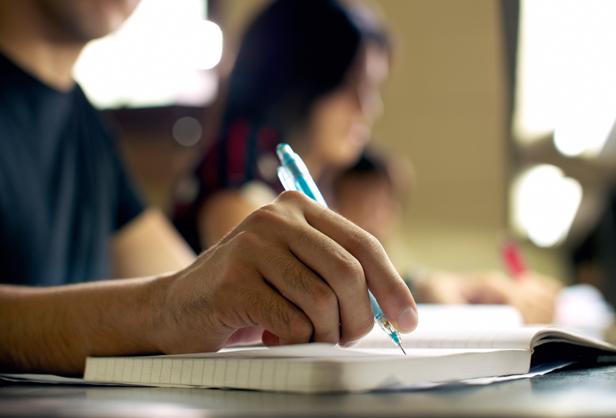 Allyship/Accomplice: Person who may not share in another’s experiences or identity, but unites with them to promote and fight for equality

Hostile Sexism: Overt and openly insulting, objectifying, and degrading someone based on their sex

Benevolent Sexism: Delivered in a positive disguise, but undermines the equality of sexes by using stereotypes

Equality: State of being equal, especially in status, rights, and opportunities

Equity: Quality of being fair and impartial

Gender Equity: State in which access to rights or opportunities is unaffected by gender

Implicit Biases: Attitudes or stereotypes that affect understanding, actions, and decisions in an unconscious manner

Internalized Sexism: Involuntary internalization of sexist messages that are present in society and culture

Intersectionality: Interconnected nature of social categorizations such as race, class, and gender as they apply to a given individual or group, regarded as creating overlapping and interdependent systems of discrimination or disadvantage

Male Gaze: Looking at the world through a masculine lens that views women as sexual objects

Misandry: Dislike of, contempt for, or ingrained prejudice against men

Misogynoir: A term coined by the queer Black feminist Moya Bailey to describe the misogyny directed towards Black women where race and gender both play roles in the prejudice

Misogyny: Dislike of, contempt for, or ingrained prejudice against women

Patriarchy: A hierarchical-structured society in which men hold more power

Power Dynamics: Concept that different levels of perceived authority, social position, or privilege may influence relationships, especially if one of the persons is marginalized

Designated Power: Results from position within an organization or relationship, power is conferred by the position held

Distributive Power: Results from ability of one person to achieve their objective over the resistance of another

Integrative Power: Power with the other, joining forces with someone else to achieve mutual goals

Privilege: Idea that some people in society are advantaged over others

Sexism: Inflicting stereotypes, prejudice, or discrimination on an individual based on their sex

Sexual Harassment: Unwelcome sexual advances, requests, and other verbal or physical conduct of a sexual nature

Sexual Assault: Illegal sexual contact that usually involves force upon a person without consent or is inflicted upon a person who is incapable of giving consent or who places the assailant in a position of trust or authority

Commodity Feminism: Variety of feminism that co-opts the movement's ideals for profit

Equity Feminism (Conservative Feminism): Focused on legal equality between men and women, while "gender feminism" focuses on disempowering women by portraying them as perpetual victims of the patriarchy

Feminism: The belief that men and women should have equal rights and opportunities; a movement to end sexism, sexist exploitation, and oppression

First Wave Feminism: Kicked off with the 1848 Seneca Falls Convention to discuss the "social, civil, and religious condition of woman" and continued into the early twentieth century. It culminated in 1920 with the passage of the 19th amendment, which gave women the right to vote, though some states made it difficult for women of color to exercise this right until well into the 1960s.

Second Wave Feminism: Began in the 1960s and bloomed in the 1970s with a push for greater equality. It was marked by huge gains for women in legal and structural equality.

TERF: Acronym for "trans exclusionary radical feminists," referring to feminists who are transphobic

Third Wave Feminism: Beginning in the 1990s, it looked to make feminism more inclusive, intersectional and to allow women to define what being a feminist means to them personally.

Transfeminism: A movement by and for trans women who view their liberation to be intrinsically linked to the liberation of all women and beyond

Womanism: A social and ecological change perspective that emerged out of Africana women’s culture and women of color around the world

Women of Color Feminism: Form of feminism that seeks to clarify and combat the unique struggles women of color face; struggles against intersecting forms of oppression

Androgynous: Identifying and/or presenting as neither distinguishably masculine nor feminine.

Cisgender: Person whose gender identity aligns with the sex assigned to them at birth

Gender Dysphoria: Clinically significant distress caused when a person's assigned birth gender is not the same as the one with which they identify

Gender-expansive: Conveys a wider, more flexible range of gender identity and/or expression than typically associated with the binary gender system.

Gender Expression: External appearance of one's gender identity, usually expressed through behavior, clothing, haircut or voice, and which may or may not conform to socially defined behaviors and characteristics typically associated with being either masculine or feminine

Gender Fluidity: Not identifying with a single, fixed gender

Gender Identity: One's innermost concept of self as male, female, a blend of both or neither – how individuals perceive themselves and what they call themselves

Gender Transition: Process by which some people strive to more closely align their internal knowledge of gender with its outward appearance

Lesbian: Women who are emotionally, romantically, or sexually attracted to other women

Gay: Men who are emotionally, romantically, or sexually attracted to other men

Bisexual: A person attracted to more than one sex, gender or gender identity though not necessarily simultaneously, in the same way or to the same degree

Transgender: An umbrella term for people whose gender identity and/or expression is different from cultural expectations based on the sex they were assigned at birth

Intersex: A person who is born with a reproductive or sexual anatomy that doesn’t seem to fit the typical definitions of female or male

Asexual: A Person who experience a lack of sexual attraction to others, or low or absent interest in or desire for sexual activity

Aromantic: A person who experiences little or no romantic attraction to others

Agender: A person who does not identify themselves as having a particular gender

Non-binary: Umbrella term for people who don't identify as female/male or woman/man

Pansexual / Omnisexual: Terms used to describe people who have romantic, sexual or affectional desire for people of all genders and sexes

Transgender: Person whose gender identity differs from the cultural expectations of the sex they were assigned at birth

Transmisogyny: Blend of transphobia and misogyny, which manifests as discrimination against "trans women and trans and gender non-conforming people on the feminine end of the gender spectrum."